Most agencies underprice and overdeliver. That has a serious negative impact on profitability and leads to frustrated owners.

The natural response is often an overreaction and a desire to dramatically increase prices. That brings along with it a fear of losing clients.

The reality is that most clients recognize when they are getting an extraordinarily good deal. So they won’t be surprised to find that you need to raise prices.

But you don’t need to raise your fees as much as you may think to have a significant positive effect for your bottom line.

Let’s look at some real numbers.

Sally is running a small agency that bills about $1 million per year. After figuring in all expenses, including her reasonable salary, she has a pretty typical 20% profit margin. That means her agency generates $200,000 per year in profits on $800,000 in annual expenses.

What would happen if Sally increased her fees by an average of 10 percent? That’s not a massive price hike by any means, so it’s something that is probably doable with her client base.

Now Sally is doing the exact same work but generating $1.1 million in fees for the year. Since she is simply charging more but hasn’t changed the scope of services, her expenses remain the same at $800,000.

What does that mean for Sally’s bottom line?

That means her 10% price increase generated a whopping 50% boost to her profits.

Roger’s agency isn’t doing quite as well. He bills the same $1 million as Sally, but he has had more trouble controlling expenses.

He has a profit margin of just 10% because his expenses hover around $900,000 per year. It’s not time for him to panic, but it certainly isn’t a comfortable profit margin for a typical agency.

While Roger pockets $100,000 in annual profits — nothing to sneeze at — he’d certainly like to be doing better.

After hearing about Sally’s success, Roger tries the same thing and gets his clients to pay an average of 10% more for the same scope of work.

He now has $200,000 in profits — an impressive 100% increase from last year. He has also managed to improve his margin to a much healthier 18% while doubling what he can put in his own pocket.

From a pure math standpoint, of course it is simple and straightforward.

The truth is that increasing your prices as an agency does take some planning and will require effective client communication.

Will there be a straight line path to a 10% across the board fee increase? No. And you’re likely to end up with some clients paying 15% more and others that you struggle to move up.

But as you raise your prices, you’ll create a revised fee structure and make it the new normal as you convert prospects into paying clients.

Recognize the value in fee increases

The important thing to realize is that a small price increase usually means a much larger rise in profits. That means if you’re struggling to achieve the profitability you want, you may not need to raise revenue nearly as much as you think.

Charging more isn’t the only way to improve profits, and you can’t ignore potential savings in your cost base. But whereas a dollar saved from expenses equals a dollar more to the bottom line, a dollar more in revenue can mean as much as an additional two dollars or more in profits. 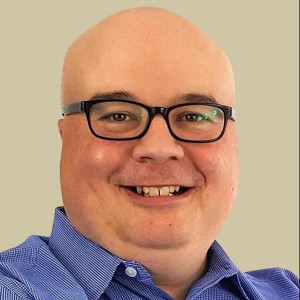